SHOP STEWARD MISCONDUCT – Where do you draw the line between a shop steward’s duties as a union representative and duties as an employee? SHOP STEWARD MISCONDUCT – Where do you draw the line between a shop steward’s duties as a union representative and duties as an employee?

There’s a built-in conflict between the two roles so it’s often difficult to clearly define exactly where the line lies. As an employee, the shop steward has a duty to submit to the employer’s authority and to comply with its rules and reasonable instructions. But as a shop steward, the duty is to challenge the employer’s authority if it is perceived to have breached a rule, or an agreement, or a law – or to have acted unfairly towards the union or its members.

The Labour Appeal Court (LAC) had to consider if a shop steward had crossed the line in an incident which happened at Johnson Controls[1]. This was after a CCMA Commissioner had found he had not crossed the line – and after the Labour Court had found that he had.

The shop steward had shouted at the payroll administrator, Ms. B: “Don’t lie to my people that I agreed to how they should be paid” and prodded her with his finger. This was in the presence of several colleagues who were unhappy about how their holiday pay had been calculated.

Ms. B was reduced to tears and was diagnosed after the incident as suffering from a post-traumatic stress disorder. The shop steward claimed that he had merely intervened in a workplace dispute and that it was a “storm in a teacup”.

The LAC found that the shop steward had indeed stepped over the line. It said his conduct was not that of a responsible shop steward and that it demonstrated the kind of belligerence and militancy which had no place in industrial relations. Ms. B could not be blamed for “provoking” the shop steward.

While shop stewards should not be victimized for performing their duties as union representatives, this was not a license to resort to defiance and needless confrontation. Assaults and threats are not conducive to productive negotiation. The LAC rejected the arbitrator’s reliance on the “anything goes” approach to the conduct of shop stewards. This flew in the face of a line of judgments and amounted to a gross irregularity.

TIP:        Managers and unions should continuously monitor the conflicting roles of shop stewards. They should pro-actively clarify their expectations of what constitutes acceptable conduct and record them in a set of guidelines. The guiding principle should be to develop the capacity to manage conflict situations on their merits and with due respect for due process and organizational rights. The courts have made it very clear that they will not tolerate violence and belligerent conduct in response to conflict. 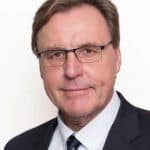